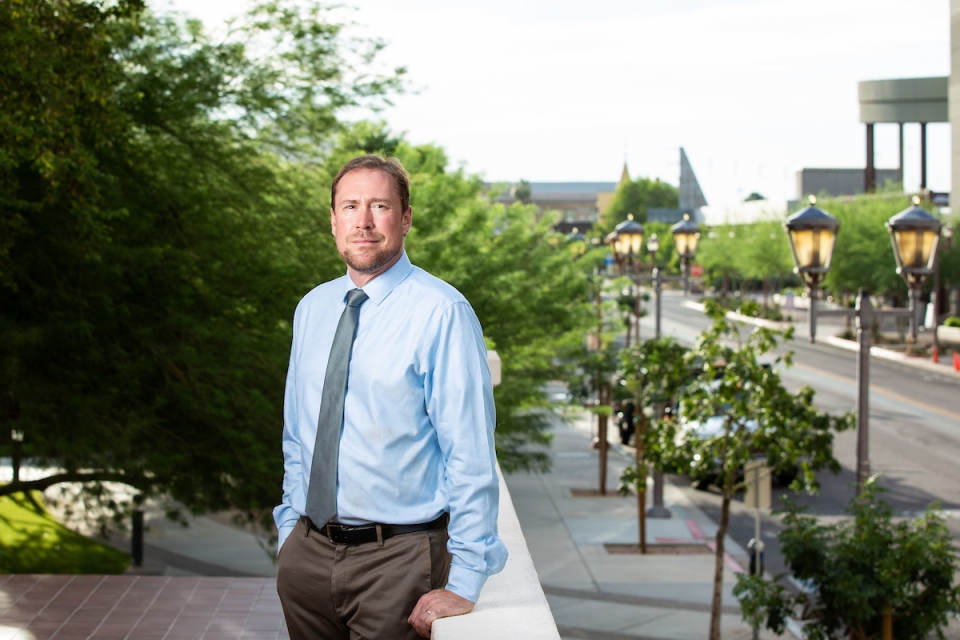 After living on military bases in England and Germany, my family moved to Southern Maryland when I was in fourth grade. It was a place whose beauty hid its past, particularly slavery and its legacies. I graduated from St. Mary’s College of Maryland, where I helped excavate 17th-century sites and majored in Philosophy and History. After graduate degrees at Harvard Divinity School and the University of Virginia I became a historian of slavery, capitalism, and African American inequality. I teach those subject and am currently Professor of History at Arizona State University and will be a Fulbright Senior Scholar in the United Kingdom in 2021 at the University of Nottingham.

He’s author of Unrequited Toil: A History of United States Slavery, The Business of Slavery and the Rise of American Capitalism, 1815-1860, and Money over Mastery, Family over Freedom: Slavery in the Antebellum Upper South.

At heart I’m a teacher and educator dedicated to bringing diverse subjects to life in the classroom, awaking and nurturing students’ passion for history, and opening students to unimagined career possibilities. I advise and mentor  student projects in African American, Southern, nineteenth-century U.S., economic, literary, and business history. I teach a broad range of courses in African American, Atlantic, and North American history, the early U.S. republic, Civil War and Reconstruction, along with thematic courses on capitalism, forced migration, and global slavery. Arizona State has recognized these contributions with both of its top teaching honors, the Centennial Professorship in 2011 and the Zebulon Pearce Distinguished Teaching Award in 2019.